Even with four months to go, 2013 has been far from quiet in the realm of online security news. And anyone who keeps up with Facecrooks knows that 2013 cyber security headlines have been varied: everything from government spying to Facebook privacy policies has been making waves. As a privacy software company, PRIVATE WiFi is dedicated to protecting individual privacy and ensuring corporate data security online; we like to find these stories and bring them to consumers to keep them informed. Just in case you did miss one of these top trends, we have compiled a list of the top five privacy and security issues of the year.

Read on to learn more and decide which privacy topic you find most concerning.

It is no surprise that 2013 had its fair share of Facebook privacy stories. Early in January of 2013, we reported that United States lawmakers removed a very essential clause from The Video Privacy Protection Act. The revised law allows Facebook users to have their timelines updated automatically with their recently watched videos from Netflix. Make sure you check your Netflix and Facebook settings next time you go on a TV series binge! In June, news broke that Facebook, in an effort to increase its revenue stream, teamed up with data brokers to target ads specifically to each user. At about the same time, the social network also introduced hashtags to make conversations and topics more searchable on the site; bringing private dialogues into the forefront. Who can guess what is next for months left in 2013?

NSA Snooping: What the Government Knows… About YOU

In mid-June, Edward Snowden made lots of noise announcing that The National Security Agency is spying on us and it dominated the news cycle. What’s interesting about this story is that it’s not exactly new information as PRIVATE WiFi has been publishing stories about this type of government surveillance for years! However, since the topic is now in the forefront, it was important for the American public to learn exactly what the NSA knows.  Additionally, this story highlighted that it isn’t just the government tracking you, but also big business, as Silicon Valley has also been doing their fair share of spying. Despite the fact that many citizens were outraged, there was still a good number who said they weren’t concerned because they had nothing to hide. We recommended that those people think again.

Mobile: A Security Threat in Your Pocket

As a trend, 2013 is the year for mobile: a recent study uncovered that 17.4% of web traffic has come through mobile this year. But as the number of users communicating on their mobile devices increases, so does the security risk. In April we reported that 80% of tablet users are more likely to be victims of identity fraud than all consumers. The number of people banking on these devices is also through the roof: 35% of tablet owners do banking transactions via their mobile device. Finally, mobile apps play a big part in the security risk game: a whopping 95% of the top free apps and 77.5% of the top paid apps exhibit at least one risky behavior!

While mobile devices have their own flaws, an added security threat is the use of public WiFi. All communications that are sent via a hotspot can be intercepted and can cause a user to be the victim of a hack! This circumstance is especially true while traveling and we saw as much this year. Whether you are connecting to public WiFI in your hotel or aboard a plane: the riskis still the same. CNN and USA TODAY Magazine even featured stories with PRIVATE WiFi CEO, Kent Lawson, to discuss this pertinent security threat.

A VPN: The Data Encryptor on WiFi

Sadly, no matter how much precaution you take, many of the above security risks are a reality that cannot be avoided. As a consumer you can be smart and turn off your Netflix sharing to Facebook or avoid free apps on your mobile phone to stop malware, but in this day there is never a guarantee of privacy. However, one thing is for sure: a VPN can protect your data on public WiFi. It protects your identity, sensitive information, and personal stuff by encrypting everything you send and receive with bank-level security. In 2013, the FBI endorsed using a VPN to keep your mobile device secure. Additionally, even Starbucks and AT&T updated the terms of service on their free WiFi to include a recommendation that their customers employ a VPN!

Which privacy and security concern do you find most alarming? Did we not cover a topic on your list? Tell us about it in the comments below!

Editor’s Note: This article is a guest post by our sponsor Private Wifi.

PRIVATE WiFi protects our users’ identities and secures their sensitive information by encrypting all the data going into and out of their computers. It makes them invisible to hackers on any public network (wifi or wired), anywhere in the world. PRIVATE WiFi uses industry standard 128-bit encryption. It’s the same technology used by banks and credit card companies, but we use it to secure everything our users send and receive, including all website traffic, emails, attachments, and IMs. PRIVATE WiFi makes staying connected and protected even more convenient with services available for laptops, mobile devices and tablets. 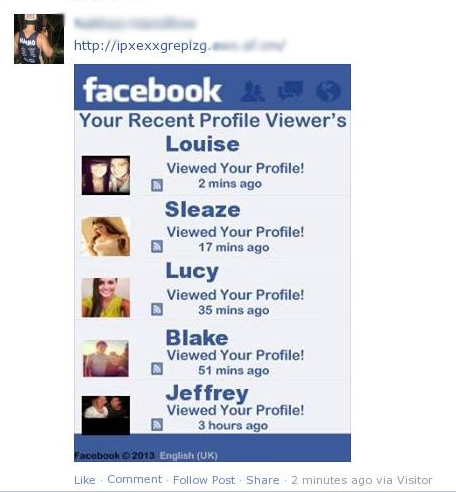