8 Steps to Protecting Your Child from Cyberbullying

We’ve all heard of cyberbullying, but as a parent, do you know how to help your child protect him/herself from this?  With social media becoming fully ingrained in our teens’ lives, replacing other forms of communication, it’s inevitable that instances of cyberbullying will increase.  What makes this such a difficult issue to address is the underlying connotations.  When cyberbullying hits, often there is also shame – and that shame prevents children from speaking up and getting help.

A child who is unprepared for such behavior may feel blindsided by a bully’s capacity for malicious behavior when hidden by the anonymity of the Internet. Children may be ashamed to tell their parents or a friend, thinking it’s their fault or that there’s something wrong with them, or that they deserve to be harassed.  With so many pressures affecting them at once, they may simply not have the skills to handle situations adequately.  The good news is that there are clear, easy ways to combat it and with the proper safety measures, your child need not be dramatically affected. 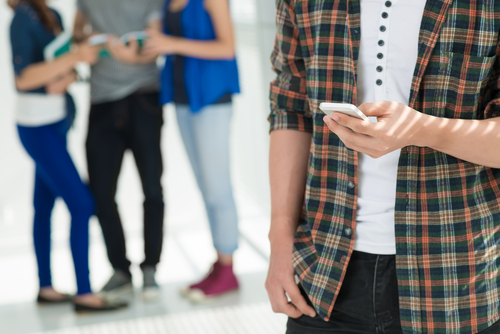 In this article, we’ll discuss eight strategies to consider when being affected by cyberbullying.  Some are for the kids, while others can be useful for parents.  Each strategy can be used based on the type of behavior your teen is experiencing:

Often the best response is to do nothing. Online bullies, or ‘trolls’, feed off of the engagement from their target. Sometimes they want nothing but to create conflict and inflict pain, regardless of how they feel about the responses. Shut down the conversation before it becomes interesting to the troll and he will get bored and move on.

Depending on the bully’s persistence, your child may be receiving multiple unpleasant messages. A single, isolated message can simply be deleted and ignored, but a slew of distressing content cannot. Every cell phone and social media site has a block option. It takes only a few moments and cannot be bypassed.

Some bullies could have multiple accounts to get around this, but they can all be blocked faster than new ones can be created. Additionally, the bully will not receive any notifications that they have been blocked. It will simply appear as though taunts have gone unanswered or that your child’s account no longer exists.

As with any troubling incidents, what starts small could become worse over time. Keep records of all offending content in case more serious action is required at a later time. The ability to demonstrate persistent, malicious behavior will make it much easier to force a response from the authorities if needed.

Some forms of cyberbullying involve stealing access into your child’s accounts and assuming their identity while posting embarrassing things in their name. This is easily resolved by changing the passwords of the vulnerable accounts, deleting the offending content, and posting a public explanation in the event that others were offended by the content.

It’s also worth noting that a bully may have altered specific contact info, including the email address where a new password will be sent. Be thorough in helping your child update their personal information to avoid repeated intrusions.

Sometimes, the password has already been changed by the bully, or a mock account has been created which you have no access to. In these instances, report the account directly to the website and they will disable the account or restore your child’s access. As stated above, it is good practice to block the offender if you know their identity.

As your child’s protector, it’s good for you to be as informed as possible without invading your child’s privacy. If you are ‘friends’ with their accounts, you can see what they are posting and what others post to them. For many parents, it is second nature to want to address the bully themselves; however, this can only make the situation worse for your child. Simply being able to see what is going on is just as helpful as saying something directly. 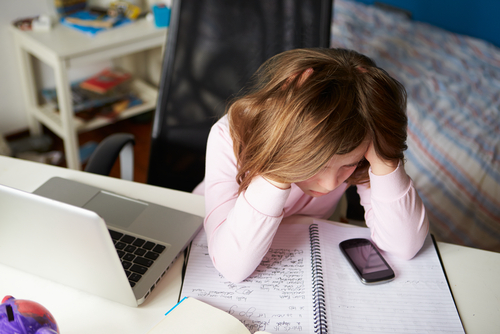 It’s very important for your child to feel that you are a safe refuge from these attacks when they happen. Never blame your child for the behavior of others, no matter how the situation originated. Even if it was a mutual joke that went bad, it was still the other person who chose to escalate things to an inappropriate personal attack. Be absolutely clear that it has nothing to do with them and everything to do with the bully’s own issues. This way, if an attack can not be prevented, at least they will have in you a positive voice to counteract the damage.

Make it Easy to Talk About

Create a system, or structure, for how to handle an uncomfortable bullying situation. Some children prefer to fight their own battles, which is a necessary skill to learn, but make sure they know it’s not a weakness to ask for help. They will handle it well until they can’t, and they may not realize that things are beyond their ability to cope. Monitor them for increased anxiety or moping behavior, and offer to help them come up with a strategy. This lets you guide them toward a solution without fixing the problem for them.

With the ever-increasing use of the Internet, cyberbullying is becoming more common than ever. As a parent, it is important that you know the signs of cyberbullying, so you can be prepared to step in and protect your child, should the need ever arise.

This is a guest post from Amy Williams – Amy is a journalist based in Southern California. As a mother of two, she hopes to use her experience as a parent to help other parents raise their children to be the best that they can be. @AmykWilliams1

Previous post Study: More Employers Are Looking At Your Social Media Than Ever Before