Facebook’s Facial Recognition Technology Can Find You In Untagged Photos 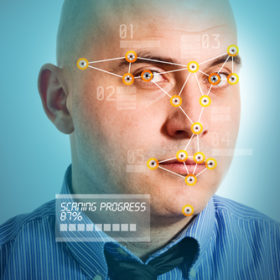 Starting this week, Facebook will use its facial recognition technology to notify you if your face appears in an uploaded photo — even if you’re not tagged in it.

This new feature, which has rolled out to every user, will apply only to newly uploaded photos. And you will only receive a notification if the person uploading the pic makes it visible to you through their privacy settings. Notably, this tool will not roll out to Canada or the European Union, where Facebook faces much more intense backlash over its use of facial data.

If a picture featuring your face is uploaded, a dialogue box will appear. Then, you’ll have the option to tag yourself, message the user who posted it, notify Facebook that the face isn’t you, or report the pic for violating the site’s rules. Facebook says it will also now notify users if their photos are being used by another profile, a move that could cut down dramatically on imposter accounts.

“We’ve thought about this as a really empowering feature,” Rob Sherman, Facebook’s head of privacy, told WIRED. “There may be photos that exist that you don’t know about.”

While it may be good for users to know what pictures of theirs are floating in cyberspace, there’s a major plus in it for Facebook, too. The more users trust the social media giant with their photos, the more they will upload and the more they will engage with the site. And more engagement means more money.