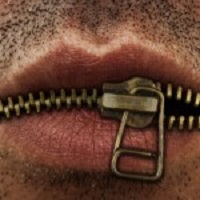 Facebook is frequently criticized for its unclear rules regarding content removal. The company stumbled into another such controversy recently when it blocked a prominent Christian evangelist for 24 hours, then had to promptly backtrack and apologize.

Last week, Facebook took down the profile of evangelist Franklin Graham, son of Billy Graham, for a two-year-old post regarding a 2016 North Carolina bill that required transgender people to use public restrooms according to the gender listed on their birth certificates. According to the company’s original ruling, Graham violated the platform’s guidelines against hate speech. Graham disagreed, and said he was merely sharing an opinion. He also criticized the platform for allowing someone to go back to such an old post and take action.

Facebook quickly apologized to Graham and restored his profile, but, as usual, the company’s actions raise more questions than answers. Did Facebook restore Graham’s account because of backlash in the evangelical community? Or did it really believe it made an error? There’s no telling, because Facebook rarely offers a transparent glimpse into its decision-making process. So all we are left with is simple guesswork.