Facebook founder and CEO Mark Zuckerberg has had a rough year for his public reputation. Not so long ago, the social media chief was reportedly considering a run for president. However, after waves of privacy and data scandals, plus disastrous appearances testifying before U.S. lawmakers, that seems all but impossible. And now things are getting even worse for Zuck, who has been called to appear before UK and Canadian parliaments to answer for Facebook’s problems.

In an unprecedented move, both legislative bodies have teamed up to form what they’re calling an “international grand committee” to grill Zuckerberg. In April, the Facebook boss sent his chief technology officer to appear before the UK parliament in his stead, and it did not go over well; officials threatened to issue Zuckerberg a formal summons next time he set foot in the UK. Now, these two governments are ratcheting up the pressure even more.

“Over the past year, our committees have both sought evidence… to give an accurate account of recent failures of process, including the recent Cambridge Analytica scandal and subsequent data breaches,” legislators wrote in a joint letter to Zuckerberg. “We call on you to take up this historic opportunity to tell parliamentarians from both sides of the Atlantic and beyond about the measures Facebook is taking to halt the spread of disinformation on your platform, and to protect user data.”

When Zuckerberg appeared before the U.S. Senate this year, he either dodged the questions asked of him or answered them in generic terms. However, it seems unlikely that these legislators will let him get away with that strategy—and hopefully that means we all learn a little bit more about how Facebook’s handling our privacy. 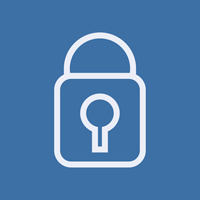