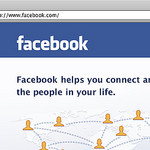 Facebook announced on Monday that it will move toward a more refined newsfeed system, showing users more hard news stories and, as the site put it, “high quality content.” This move is an attempt to retain user interest in the site and to boost its legitimacy, but the new algorithms could also help clean up spam and fake links on the site, ensuring they’re buried in the feed without being seen by too many users.

“Our surveys show that on average people prefer links to high quality articles about current events, their favorite sports team or shared interests, to the latest meme,” Facebook wrote on their blog. “Starting soon, we’ll be doing a better job of distinguishing between a high quality article on a website versus a meme photo hosted somewhere other than Facebook when people click on those stories on mobile.”

Despite the potential benefits of this change for user safety, it also could pose a risk for privacy. Facebook  noted in its announcement that it wants to do a better job of resurfacing stories, posts and photos that have received new comments, meaning items from the past could be easier to dredge up. This could be bad news for users who’ve posted something controversial and comment-worthy in the heat of the moment and forgot to delete it. As always, be careful what you post on the site, and comb through your profile to delete anything you don’t want making an unwelcome appearance later on down the road.

You can also use Facebook lists to streamline your news feed and organize pages by topic or interest.