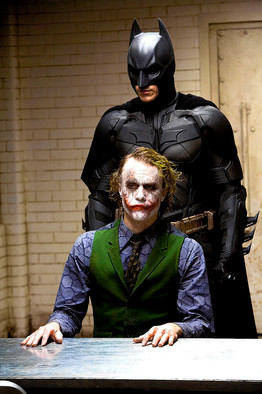 Warner Bros. is taking the first baby steps in turning Facebook into a movie house. Now, Facebook users can rent movies directly the social networking site at the price of $3 or rather, 30 Facebook credits.

Millions and millions of people log into Facebook each day. In fact, if the internet was the , Facebook would be its watering hole. It’s only natural that businesses are beginning to integrate their services into Facebook; it is, after all, where the money’s at these days. So, when you think about it, it isn’t at all surprising that Warner Bros. decided to turn Facebook into their new frontier. They’re going to offer movie rentals there at the price of only $3 each. Fans can now rent a movie directly from its official Facebook page by clicking the ‘rent’ button. They will be prompted to pay 30 Facebook credits and will be given 48 hours to watch the movie after the payment. What’s great about this feature is that you can actually watch the movie at your own leisure. You can view the whole thing in Full Screen – HD, of course – and you can pause it whenever you wish. If you have a TV that can be plugged into the computer, then your viewing experience will be even better. You can even update your status based on the movie, post comments, and interact with friends as you do so. It’s like going to the movies with your friends without actually going out.

Warner Bros. couldn’t have chosen a better film for the debut of their new movie distribution method either. It’s hard to find a movie more sensational than Christopher Nolan’s The Dark Knight. Right now, they’re just testing the waters, and this is the only film that they have on offer. But in the future – if this venture is successful – more movies will be made available through Facebook. Each movie will be viewable on its own page, just like The Dark Knight. Right now, the service is only available to US citizens, and Warner Bros. has not yet announced any plans for global expansion on the feature.

Safer than Going to the Movies?

Users will notice that, to watch the movie, you’ll have to give Warner Bros. access to your basic information. It’s using the same preamble that a social media game would, but Warner Bros. is a respectable company, so you can trust that it will respect your privacy. If you want details, you can simply read its privacy policy – which is incredibly long, but if it helps settle your mind, we won’t stop you. It’s unknown what technology they’re using to make this movie distribution service available, but some people are speculating that it might be virtualization technology. But when it all comes down to it, it should be pretty safe – if you’re sure that you’re on a Warner Bros. Official Page. It might be confusing for people to determine which page is ‘official’ and which isn’t. If you search for the phrase “Dark Knight” on Facebook, for example, several pages will appear, more than one of them having more than a million fans. It might be better if Warner Bros. can find a way to clarify this before scammers get a chance to capitalize on it.

Another potential risk would be when scammers catch on to this ‘rent a movie’ idea and decide to start another one of those scams wherein they offer something for free. We’ve seen it done with Farmville cash before and, while most people know better, there’s still that part of the population who are gullible enough to think that there is such a thing that’s ‘free’ these days.

Indeed, the security risks are there, but this new movie distribution method could really be the future of movie rentals. For now, though, it might be wise to wait and see where the whole venture is headed first before jumping into the fray. 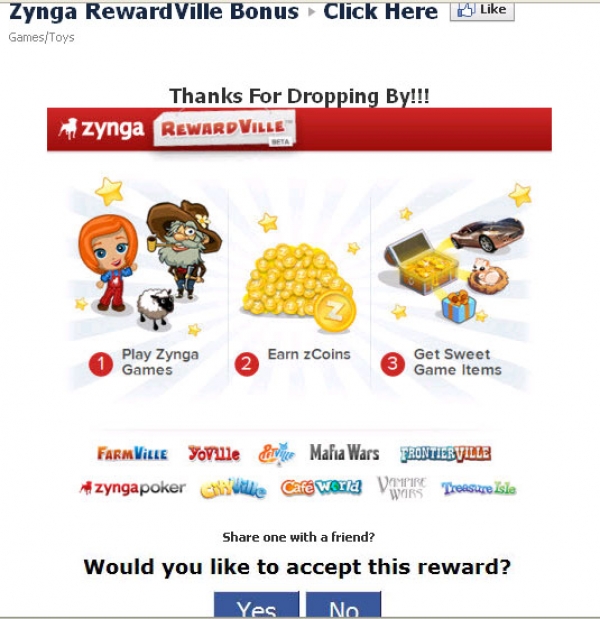 Previous post [SCAM ALERT] Hey There! Get your 160 zCoins from Rewardville now!!! 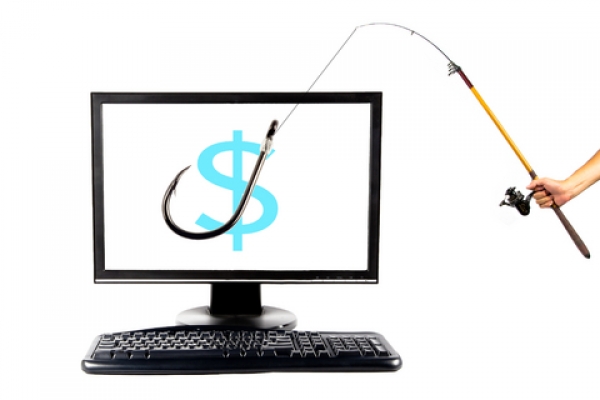