How many times have you found your “friends” posting a very unflattering picture of you on Facebook only to find that they would not remove it? If it has never before happened to you, then you’re lucky. But others aren’t quite as lucky and have to suffer through all the embarrassment and shame. Facebook’s new features, however, have made it easier to stop bullying behavior by bringing in the community’s participation.

Sometimes, the worst sort of bullying comes not from strangers, but from people we call ‘friends’. Of course, the term ‘friend’ has been stretched taut on social media sites and often include people we don’t know much, and even some people that we don’t even like. Still, it’s those who know us who have the most power to hurt us. Take for instance an embarrassing picture of you in a drunken stupor, that sort of thing can happen even to the best of us. But, this is something best kept under wraps since it could potentially damage your reputation at work. You should be able to trust your closest friends to keep it secret, but what if the resident jerk was the one who took the picture? He could easily tag you and make your life miserable. You have the option of reporting the said photo to Facebook, but then that seems a bit extreme for an acquaintance, and it is a sometimes ineffective option since it does not address the root of the issue. The problem is that such abusive actions can come from anywhere, whether it’s from a particularly rude classmate, an overzealous ex, or a malicious co-worker. And, more often than not, people don’t know how to cope with such a situation. 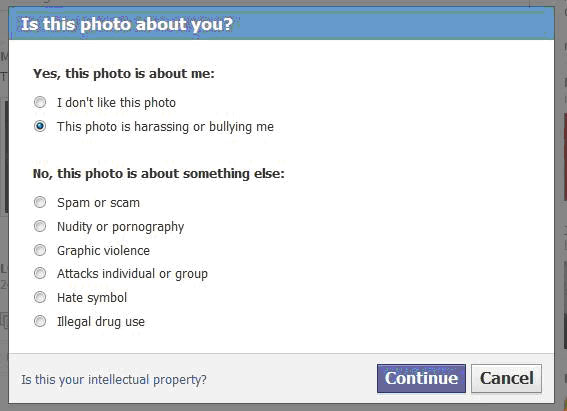 The new social security features, however, will give you more options on how to deal with such an unpleasant incident. First and foremost, when you remove the tag linking the photo or the post to you, you’ll get a pop up asking you if the photo is about and you don’t like the photo or if the photo is harassing or bullying you; if the photo is not about you, you can say whether you’re reporting it for being a spam or scam, if it contains hate speech, or if it contains explicit violence or sexual content. If you say that you don’t like the photo, Facebook would prompt you to either send a message to the offender asking him to remove the photo, remove him as a friend, or block him completely. If you say that you’re being harassed, you get a note telling you that if you’re in physical danger then you should report it to the authorities, then you can choose to get help from a trusted friend and/or block the offensive user. What’s great about this is that it allows people to resolve the issue among themselves before having to report it officially to Facebook. This makes reports easier to sort out and gets the attention focused on where it should be. 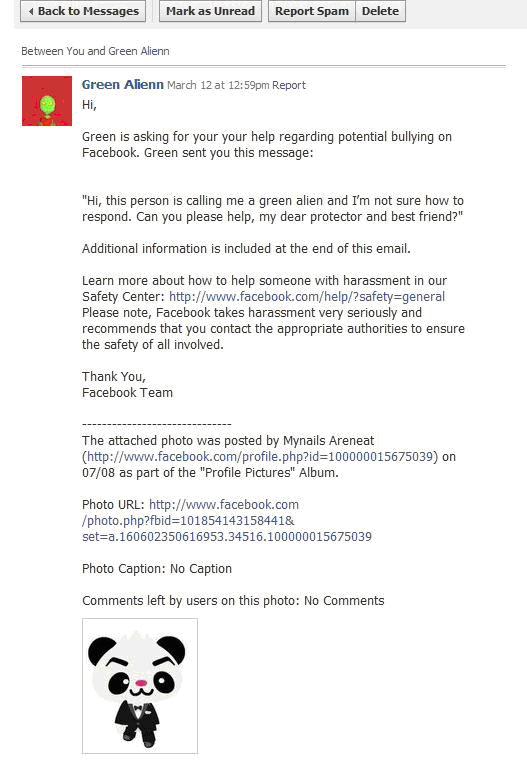 Previous post OMG I Can't believe this actually works! Now you really can see who views your profile! [bit.ly] 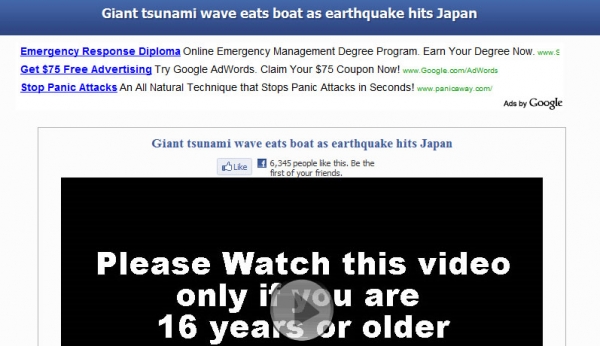