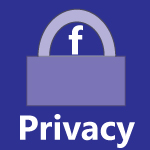 A Florida woman will be required to hand over her Facebook photos to Target Corporation after suing the company for a slip-and-fall incident in one of the retail giant’s stores.

The woman, Maria Nucci, petitioned the Court of Appeals to nullify Target’s request, but the court denied her petition, ruling that Facebook photos could help the court determine the extent of the woman’s injuries. Nucci’s photos would not be used directly against Target, but would instead be used as a barometer to determine how the accident had affected her life.

“If a photograph is worth a thousand words, there is no better portrayal of what an individual’s life was like than those photographs the individual has chosen to share through social media before the occurrence of an accident causing injury,” wrote Judge Robert M. Gross.

However, it was one of the court’s other decisions in the case that could have deeper legal ramifications. Gross also wrote that Facebook pictures are not protected by a right of privacy, no matter what a user’s privacy settings are, simply by virtue of being shared on the site in the first place.

“Because information that an individual shares through social networking web-sites like Facebook may be copied and disseminated by another, the expectation that such information is private, in the traditional sense of the word, is not a reasonable one,” he said.

That’s a pretty controversial stance to take, and you can bet we haven’t heard the last from this case. 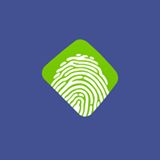