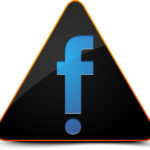 Here in the United States, Facebook’s fake news problem has taken on a life of its own — some experts even claim that hoax content on the site swung the outcome of the presidential election. However, lost in all the hubbub about the impact of the issue has been talk of what role, in any, the government should play in punishing Facebook. That has certainly not been the case in Germany, where a politician recently threatened to fine Facebook 500,000 Euros for every fake news story on the site.

The chief of the German Social Democratic Party said it would introduce a bill next year holding Facebook accountable for phony news content with hefty fines. That party’s Justice Minister also spoke out against the social media giant, threatening it with criminal action if it does not respond promptly to reports of fake news.

“Defamation and malicious gossip are not covered under freedom of speech,” Justice Minister Heiko Maas said. “Justice authorities must prosecute that, even on the Internet… Anyone who tries to manipulate the political discussion with lies needs to be aware (of the consequences).”

Under the proposed bill, Facebook would face fines if it did not take down hoax stories within 24 hours of it being reported.