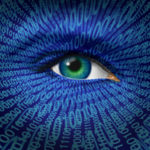 While Facebook has admitted that it uses your phone’s microphone to identify what music you’re listening to and what TV you’re watching, a professor at University of South Florida thinks the site could theoretically listen to much more.

“I don’t think that people realize how much Facebook is tracking every move we’re making online,” professor of mass communications Kelli Burns told an NBC news affiliate. “Anything that you’re doing on your phone, Facebook is watching.”

In a possibly coincidental incident, Burns spoke into her iPhone about going on a “safari” in a “jeep,” and after she did that, a news story about a safari popped up in her feed followed by a car ad. Burns herself said she thought this could be a coincidence, and for its part, Facebook strongly denies using audio data to target advertising.

“Facebook does not use microphone audio to inform advertising or News Feed stories in any way,” a spokesperson for Facebook told The Independent. “Businesses are able to serve relevant ads based on people’s interests and other demographic information, but not through audio collection.”

Even if Facebook isn’t listening to what you’re doing that closely (the site says it doesn’t store raw audio), the fact that it could is more than a little scary. 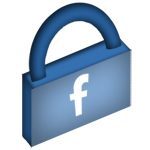