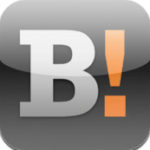 A new iPhone app called Badabing automatically scans through the tagged photos and albums of up to five of your Facebook friends and pulls out scantily-clad pictures of them. The app uses the same recognition technology as Facebook’s facial recognition capabilities, except Badabing is trained to look for the shape of a bikini. That’s right: a bikini. If a user is even wearing a t-shirt with the shape of a bikini on it, Badabing could pull out the pic. This app is obviously pretty creepy, and has understandably drawn some heat from privacy advocates.

“Privacy is clearly at the very back of the designer’s mind when creating an application that enables this kind of search to be easier when it, in fact, should be made more difficult,” said Emma Car, a spokeswoman for Big Brother Watch, when speaking to the Daily Mail. However, Barto has a simple defense: if users don’t want their pictures found, they should be more careful with what they do with them online.

“This is a very touchy subject, of course,” said Badabing creator Erick Barto. “Anything that’s readily available on Facebook, that’s what we can search. Those privacy tools on Facebook should be used to control the content that you want to be private.”

The good news is that only Facebook friends have access to the pics based on configured privacy settings, the bad news is that it’s not all that uncommon for teens to have hundreds or even thousands of friends on Facebook.  A casual acquaintance or even a close friend could quickly amass a large stock of questionable photos.

Keep in mind that apps like this can be created to mine data from Facebook, so it’s essential to have your privacy and account settings set accordingly. Check out this guide for a complete walk-through. It would also be a good idea to prune back your friends list, especially if you have any known creepers on there!

In unsurprising, if somewhat discouraging news, the app crashed on Sunday from so many attempted downloads in the wake of a brief write-up appearing in TechCrunch. How much responsibility do you think falls on the user to protect their own pics? And should this kind of scanning technology even be allowed on Facebook?