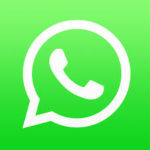 WhatsApp could soon introduce a setting that would allow users to share their data with Facebook in a move that seemingly contradicts the popular messenger app’s stance on privacy.

Developer Javier Santos recently uncovered the peculiar setting in an unreleased beta version of WhatsApp for Android. The hidden setting, which Santos found through terminal hacking, says you can “Share [your] WhatsApp account information with Facebook to improve [your] Facebook experiences.” This doesn’t seem like a big deal, but WhatsApp has previously made strong statements indicating that it would never share user information with its parent company.

“Respect for your privacy is coded into our DNA, and we built WhatsApp around the goal of knowing as little about you as possible,” WhatsApp co-founder and CEO Jan Koum wrote in a 2014 blog post after the app was acquired by Facebook. “If partnering with Facebook meant that we had to change our values, we wouldn’t have done it. Instead, we are forming a partnership that would allow us to continue operating independently and autonomously. Our fundamental values and beliefs will not change. Our principles will not change.”

The feature is currently unchecked by default, and since it’s in a beta version, there’s no telling if it will actually be included in the next formal update. However, the apparent backtracking on privacy already has some users concerned.

Previous post Sheryl Sandberg: We Can Beat ISIS With “Likes”