The goal of the study was to determine if human curiosity is still the best tactic for cyber crooks and malware agents that target members of popular social networking sites.

Phase one of the study was conducted by creating test profiles on Facebook® and Twitter®. These profiles were then used to create a circle of friends and followers on a variety of topics. The target profiles were able to amass a list of 1,900 friends over a three week period, and links to safe articles were disseminated. This list was then sent the following message: “if the link doesn’t work, please tell me in order to use another link shortening system.”

The second phase of the study was conducted in a one week time period. Three URLs leading to malware were shortened and sent out to the list of friends. (the code was modified to render the malicious code useless) Surprisingly, 97% of the people on the test profiles friend’s list clicked on the malware links.

Sabrina Dactu, the author of the experiment stated “Despite their enhanced ease of use and of transmission, short URLs have a huge disadvantage from the point of view of data security: because of the short link’s cryptic nature, the user doesn’t know what’s behind the link before actually accessing it.” She went on to advise that malicious links of this kind are often and easily used to direct visitors to “malware-laden, spam-spreading or phishing sites.” Datcu is an E-Threats Analyst and Communication Specialist employed by BitDefender.

We have written about the BitDefender Safego application in the past. Safego is a Facebook application that scans a user’s Facebook newsfeed for malicious links and spam.

If you have installed the Safego application on your Facebook account, let us know what you think about it. 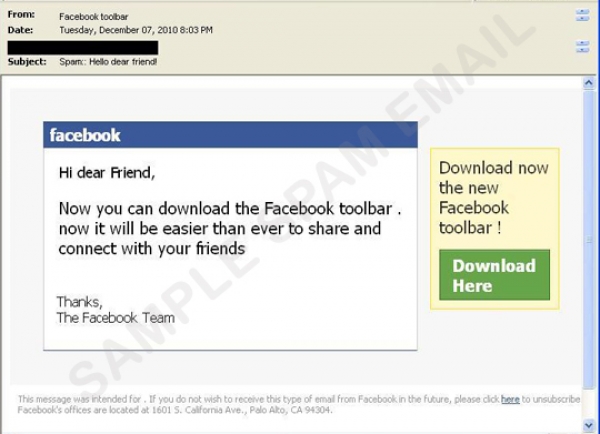