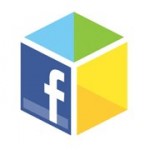 Last April, Facebook announced a new feature called Anonymous Login that would allow users to check in to apps “without fear.” It would have worked as a kind of test drive feature for third-party apps, allowing users to try them without handing over their personal information. However, it’s almost a year later and the feature hasn’t made much progress beyond the beta testing stage. So Re/code asked the question: what happened to it?

According to Eddie O’Neil, a project manager at Facebook, only a few dozen developers have access to the technology, and less than a dozen are actually using it. So why the glacially slow rollout for a company that usually pushes new features out quickly? O’Neill told Re/code the company is simply fine-tuning the feature before releasing it. However, according to Patrick Salyer, the CEO of a customer identity management company Gigya, few developers have even expressed interest in it.

This lack of interest from users coupled with the fact that Facebook itself does not appear all that passionate about it (despite what the site says) is somewhat puzzling. Was the announcement last spring merely a public relations move to make the company appear more forward-thinking on issues of privacy? The site says it has no immediate plans to release the feature, but do they intend to push it out at all? Though it would be a useful tool for protecting the personal information of Facebook users, it doesn’t have much practical use for app developers. And that’s ultimately why we may miss out on it altogether.