Woman Mistakenly Facebook Shames Man For Being A Pedophile 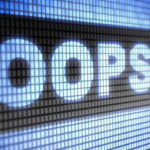 An Australia woman posted a photo on Facebook of a man she believed was taking pictures of her children at a Target store. The post about this “creep” quickly went viral, being shared more than 20,000 times, and the man in the photo even received death threats. The only problem? He wasn’t taking pictures of the woman’s children at all; instead, he was merely taking a selfie in front of a Darth Vader cardboard cutout to show his own three children.

The misunderstanding occurred when the man saw the woman’s children sitting unattended nearby. He told them he was going to quickly take a picture to send to his kids, though the story that the woman heard from her children was markedly different. According to her Facebook post, the man took a picture of her children and told them he was going to send it to a 16-year-old. When she heard this, the woman followed him, snapped his picture and reported him to police.

Though the man’s name has now been cleared, he can’t undo the damage done to his name and reputation. According to the woman responsible, she said she has learned a valuable lesson: be careful what you post on Facebook, because it could have unexpected power.

“One thousand times over I wish I could just take it back,” she said. “I think the biggest lesson out of it all is not to post anything that could hurt anybody on any media.” 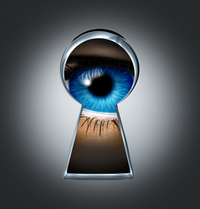