Facebook announced this week that it will begin taking steps to ensure private groups cannot be used as safe havens for hate, violence or misinformation. The new settings are part of the social media giant’s Safe Communities initiative that it launched two years ago.

“Being in a private group doesn’t mean that your actions should go unchecked,” Facebook vice president of engineering Tom Alison wrote in a blog post.

According to the company, it will rely on artificial intelligence to detect groups that are violating platform community standards. Facebook also said it will hold group administrators more responsible for content that is posted on their pages. Experts praised the move, though emphasized caution until it’s clearer how Facebook will enforce its new policies.

“We’re hopeful that this change means Facebook is taking seriously the spread of misinformation and harassment on the platform — something we know has continued in spite of other policy changes,” Sharon Kann of advocacy group Media Matters told The Guardian. “Once again, the question remains whether Facebook is committed to actively enforcing these policies when content or activity is in clear violation.”

Of course, Facebook needs to tread lightly with how it treats content enforcement within groups. The company could easily be seen as infringing upon its users’ privacy, or even stifling free speech. As usual, Facebook finds itself between a rock and a hard place. 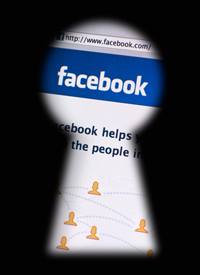