Report: Facebook Agreed To Censor Posts In Vietnam After Pressure From Government 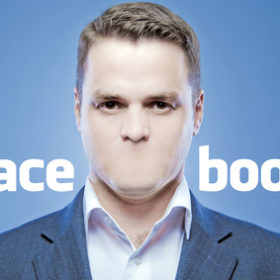 Facebook often finds itself embroiled in free speech and censorship disputes, especially when the company must work with authoritarian governments. In those scenarios, Facebook faces the choice to either uphold American values or risk losing business. That’s what happened when the company recently bowed to pressure from the Vietnamese government and began censoring anti-state content.

When the Vietnamese government first made this request earlier in the year, Facebook refused. However, the country then used local internet providers to slow down Facebook to the point that it was unusable. After months of such treatment, the tech giant finally caved and did what the government wanted. But advocates are blasting the move, saying it gives permission to other countries to exert similar pressure campaigns.

Facebook’s compliance with these demands sets a dangerous precedent. Governments around the world will see this as an open invitation to enlist Facebook in the service of state censorship,” human rights group Amnesty International said in a statement.

When it comes to free speech, Facebook likes to talk a big game. But as instances like this show, the company will nearly always value its own business interests above humanitarian and privacy concerns.