After Facebook became a publically traded stock in May of last year, they have increasingly sought ways to monetize their massive user base. Of course, online advertising is one of the easiest ways to profit from the unparalleled user base of the social network. However, as with most enterprises as large as Facebook, the road has not been without its bumps and bruises.

Some retailers have recently expressed concern with Facebook’s advertising techniques, as their products advertising has shown up on inflammatory or offensive pages. In May, a British division of Nissan pulled some advertising from Facebook after their ads appeared on a site encouraging violence against women. That incident forced the site to set up a review policy, wherein Facebook would review Facebook pages and determine if they were acceptable for advertising.

“All of this will improve detection of what qualifies as questionable content, which means we’ll do a better job making sure advertising messages appear next to brand-appropriate Pages and Groups,” Facebook said at the time. However, advertisements for counterfeit goods are still common on the site.

These ads are placed by so-called “zombie sites” that take users’ credit card and personal information if they click through an ad to order a product. Eric Feinberg, founder of the consumer advocacy group Fans Against Kounterfeit Enterprise, told the Washington Post that these counterfeit ads even appear on the Facebook pages of the legitimate companies they’re ripping off. Feinberg also says that even after he reports these pages, they frequently pop up again with a different name. He told the Post that Facebook and lawmakers should do more to stop these fake ads from exploiting consumers.

“I had to protect myself because no one is protecting me,” Feinberg said. “There must be oversight on these networks.” 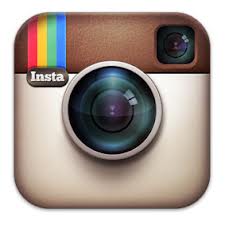