Everybody’s seen them: those annoying links on Facebook fan pages promising a free iPad, access to a lurid celebrity sex tape or “breaking news” about how Facebook is going to begin charging users. These spam links are often brushed off by intelligent web users, though a team of Italian researchers recently performed a calculation that found that these spam links may be bigger business than anyone thought. The team, after researching hundreds of thousands of Facebook pages, has determined that these links may be making $200 million a year for their creators.

A perpetrator of Facebook spam even spoke to the Italian researchers, defending his or her actions by saying that they generate content for Facebook and are thus not banned. However, the researchers responded strongly, saying that the only purpose of these links is monetary gain.

“For people involved in this business the sole reason to continue is for the profit,” they wrote. “We even found somebody who was selling a page dedicated to the memory of the victims of the Boston terrorist attack for US$1,000.” 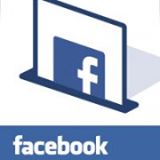