As evidenced by its recent milestone of 1 billion users, Facebook is one of the fastest growing social networks in the world. It is expanding the quickest in countries like Indonesia, a country of 240 million where there are already 50 million Facebook users. However, many users in Indonesia are teenagers who don’t know how to take proper privacy and security precautions with their Facebook pages, which can lead to tragedies like the case of a 13-year-old Indonesian girl who was seduced by a man on Facebook, then kidnapped by him.

There are 27 Facebook-related abductions so far this year, up from 18 in 2011. Many of the girls are seduced online, kidnapped and then sold into the sex trade. The girl in the case above was released after her kidnapper realized her parents were searching furiously for her, but she was one of the lucky ones.

Indonesia is a troubling example of what can happen when technology expands into a population faster than the warnings about its usage.

“We are racing against time, and the technology frenzy over Facebook is a trend among teenagers here,” said Arist Merdeka Sirait, chairman of Indonesia’s National Commission for Child Protection. “Police should move faster, or many more girls will become victims.”

Facebook regularly reviews its content and works with investigators to prevent illegal activity from occurring on its pages, but the problem is that predators often use Facebook only as a method of introduction to their prey. The rest of their communication occurs off the site, like in text messages and instant message chats. Perhaps Facebook, along with local officials in the most affected countries, should invest in education about privacy and the risks of social media instead of merely policing its pages. It is ultimately up to each user to control their own online privacy and protect themselves, but they have to be educated about what options they can pursue first. 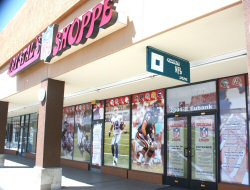