Facebook Outage Reveals Its Use Of AI To Analyze Our Photos 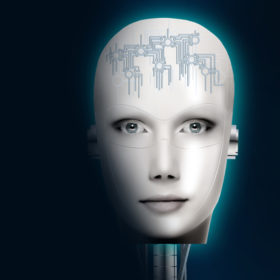 This week, Facebook experienced a strange outage that caused many users to be unable to load images, video and other data to Facebook, WhatsApp and Instagram. This was obviously annoying for anyone attempting to use these platforms, but it also revealed something about Facebook’s use of technology: namely, that it uses artificial intelligence to analyze the contents of every single photo you upload to its servers.

Facebook offered a vague explanation of the platform’s outage, saying that it accidentally caused the problem during maintenance.

“During one of our routine maintenance operations, we triggered an issue that is making it difficult for some people to upload or send photos and videos,” a Facebook spokesperson told CNN Business.

However, as Chris Smith of BGR pointed out, photos took longer to load than anything else during this outage. That means Facebook’s AI systems are probably analyzing and cataloging every image that you upload to one of its apps. And of course, there’s no way to opt out of this data gathering.

At this point, it isn’t a secret that Facebook wants to collect as much of our information as possible — but it’s still unsettling to realize how much it can learn just from checking out our photos.